Where to watch skiing and snowboarding on TV in 2018

December means the return of Ski Sunday to the BBC. For many years this was the only place for British fans to catch up with the snowsport world and enjoy a bit of televised ski racing. Now there are loads of ways to get your snowfix from the gogglebox and as 2018 is an Olympic year there will be an extra 650 hours of wintersports to gorge on. Here is our ultimate guide to watching skiing and snowboarding on your TV.

Skiing and Snowboarding on the BBC 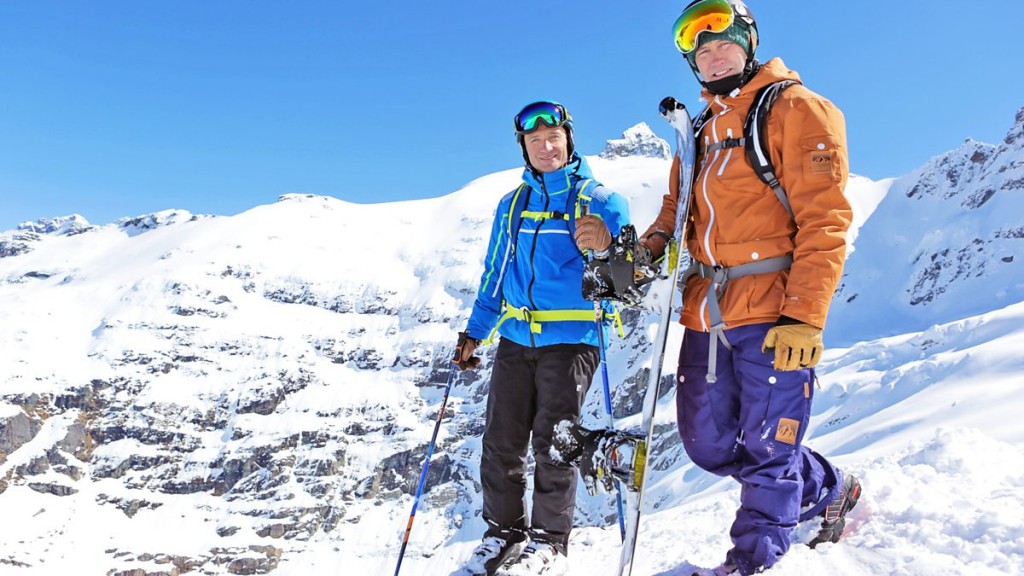 Ski Sunday returns for its 40th year this winter. Since it started it has always focused on Downhill and Slalom, following the FIS World Cup tour during the peak of winter. Despite the producers recognising that the interest of UK winter sports fans have changed it continues to broadcast these blue-ribbon events.

The inability to change and expand to cover other emerging snow sports extensively is probably down to budget rather than reluctance. However, with the British skier Dave Ryding making an impact on the Alpine World Cup results table it could make the show compulsive Sunday viewing.

When is it on?
Channel: BBC 2 Day : Sundays Time: 5.15pm Dates: December and February
Website: http://www.bbc.co.uk/programmes/b006v8fc

In 2018 South Korea will host the Winter Olympics. In the UK we can watch it on the BBC across four channels plus non-stop coverage on the iPlayer. There are high hopes for Team GB in this winter Olympic cycle with the Great Britain predicted to have their best medal results ever.  James Woods & Isabel Atkin are the biggest hopes for on snow medals but Katie Ormerod is performing well this year and could potentially be on the podium.

There are also medal hopes for Lizzy Yarnold in the Skeleton,  Elise Christie in the short track speed skating events as well as potential in the Curling. Overall the team is expected to end the games at number 21 in the medal table.

Skiing and Snowboarding on Channel 4

For the last 4 years, Channel 4 has been the home to The Jump, a celebrity elimination show that featured winter sports this year the show has been rested and the celebrities have stepped aside for some real sporting heroes as the station will host the Coverage of the Paralympic Winter Games.

Ade Adepitan, Sophie Morgan and the Channel 4 team will be back to present coverage of all the competitions and we hope that include medals for Millie Knight, Kelly Gallagher & James Barnes-Miller.

Skiing and Snowboarding on Eurosport 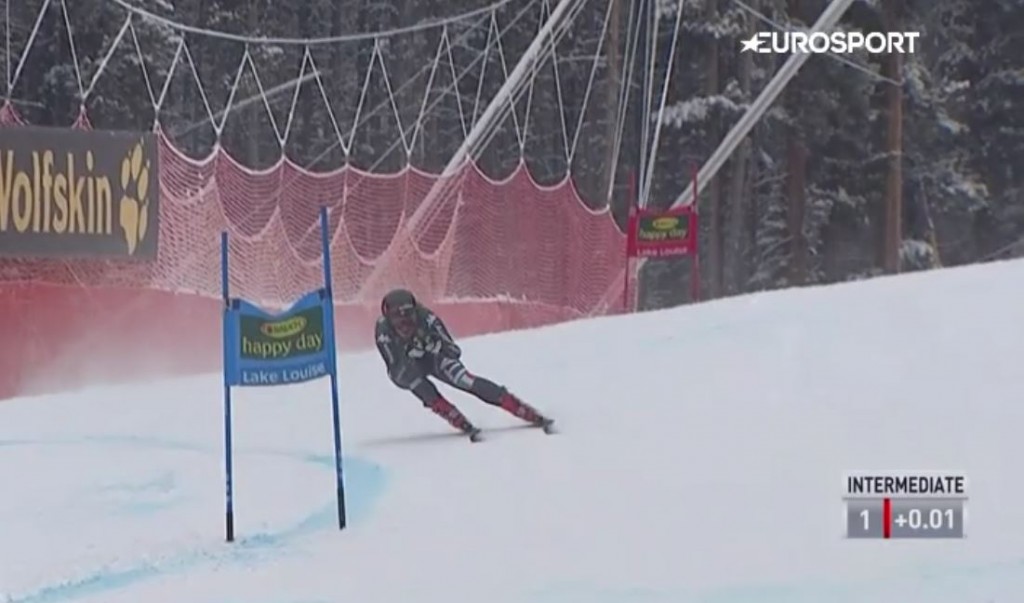 If you love competitive skiing and snowboarding then you may want to get Eurosport on your telly as you can watch nearly all of the FIS competitions live or in a highlights package. All of the Alpine world cup events are shown live. There is also coverage of the Ski Cross world cup featuring British ski cross star Emily Sarsfield.

You can also follow all of the British freestyle ski and snowboard athletes like Katie Omerod, Woodsy, & Jamie Nicholls in the Halfpipe, Slopestyle and Big Air events. The channel is available to watch online or through your TV and often comes with your SKY, BT or Virgin package. If you don’t have pay TV Eurosport are currently offering years online subscription for just £29.99.

When is it on?
Pretty much everyday – especially if you like cross country and biathlon. See the schedule here.
Website : http://www.eurosport.co.uk/

Skiing and Snowboarding on RedBull TV

Red bull have a scheduled channel and programs available on-demand. All this can be accessed via the RedBull TV app for your phone, tablet or television. A normal day on the channel will feature several ski or snowboarding documentaries where you can get a more stylised freestyle or freeriding experience compared to the Eurosport offering. Or you can access films such as ALL.ICAN and TV shows like Keep Your Tips Up and The Horn in the on-demand area. It also occasionally shows live competitions.

Ski and Snowboard Freeride World Tour on the Internet 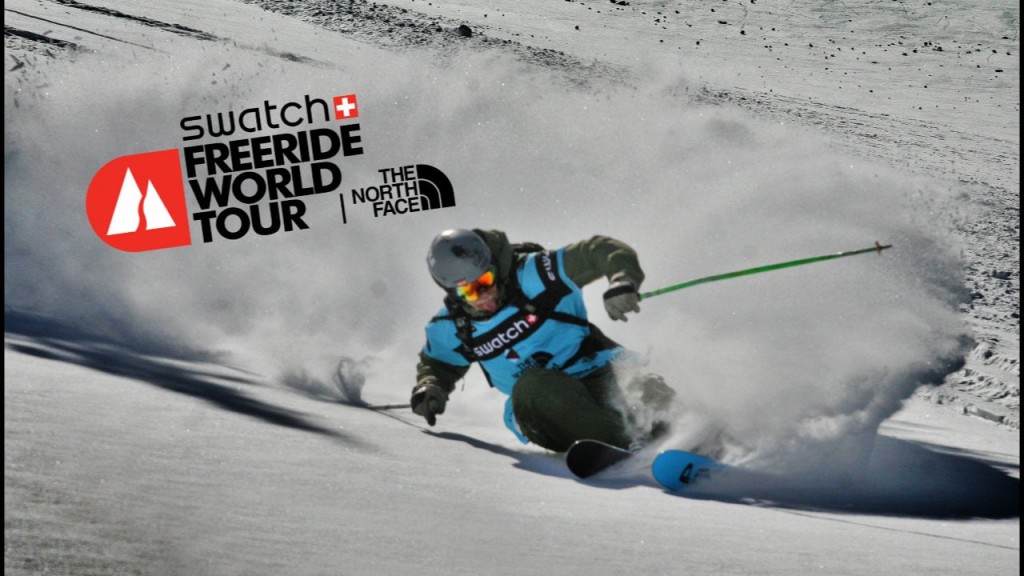 The Swatch Freeride World tour doesn’t get the coverage that the FIS events do which is why the organisers decided to take matters into their own hands and start broadcasting the event live themselves. You can watch athletes like snowboarders Sascha Hamm and skier Arianna Tricomi take part in the competition that sees riders tackle some of the most exteem faces in the world. There is loads more to watch on the channel such as headcam videos of individual runs or replay an entire day’s worth of freeride competition. There are 5 rounds with the final round always being held on the Bec des Rosses face in Verbier. Stream the event to your TV by hooking your laptop up with a HDMI cable or by using your Chromecast.

Skiing and Snowboarding on Netflix 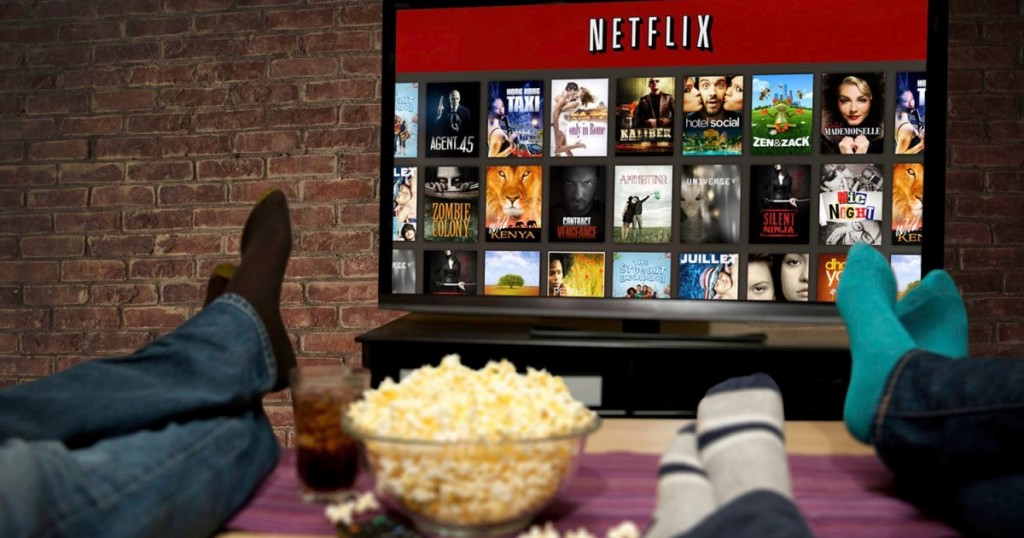 If you are looking for some movies to watch while you chill out on the sofa then Netfilx has a few to keep you going. If a visual snow fest is what you need then you can treat your eyeballs to Jeremy Jones’ trilogy of Higher, Deeper and Further. There is also an awesome documentary called Jumbo wild about skiing an d conservation in Canada Jumbo Valley.

If you prefer your ski movies a bit more… err … Hollywood then you can always enjoy Ski School and Eddie the Eagle the movie. If your not a member you could probably smash thorough all the ski and board content during your months free trial.

Over on Amazon, there isn’t a prime selection of snowsports films that come for free and they look so uninspirational that we haven’t even watched most of them. For example, Snow Day – Life, Death and Skiing is an hour documentary about some geriatric skiiers on a days skiing… a 1o minute segment in the One Show maybe, and hour… no thanks.
All the time
Website : https://www.netflix.com/gb/
https://www.amazon.co.uk