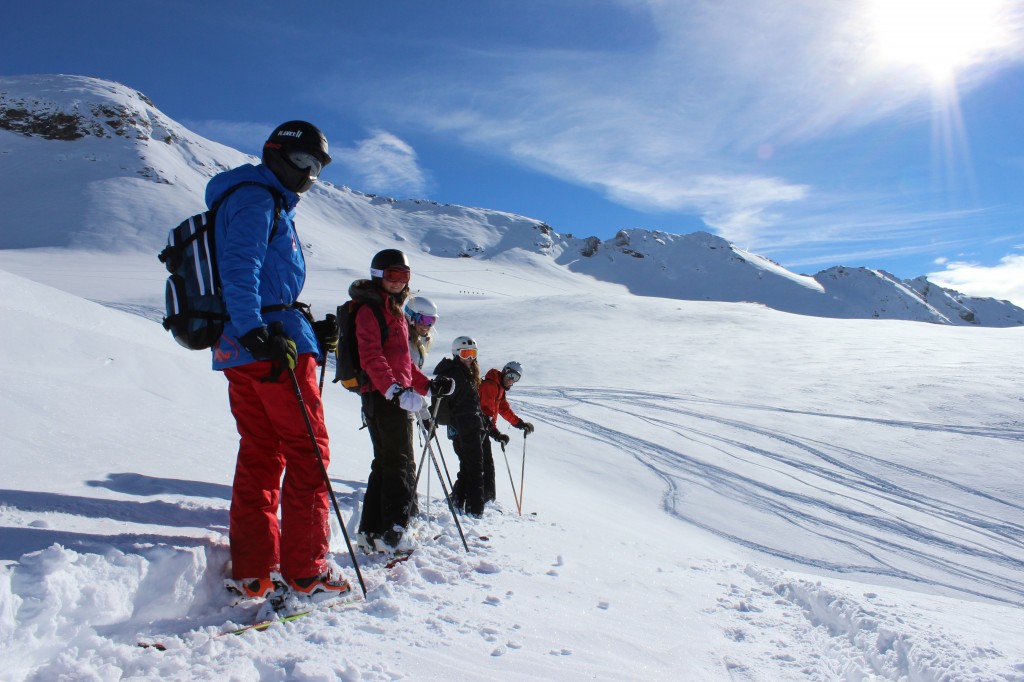 It’s quite hard to comprehend that we’re at the half way point of the 10 week course here in Val. It’s as if all courses have reached a mid peak of intensity alongside one of the biggest Freestyle events of the annual calendar – Frost Gun. Blue skies and powder, fun lessons plus some jaw dropping spectacles from the worlds best freestyle skiers and boarders have made it one epic week here. 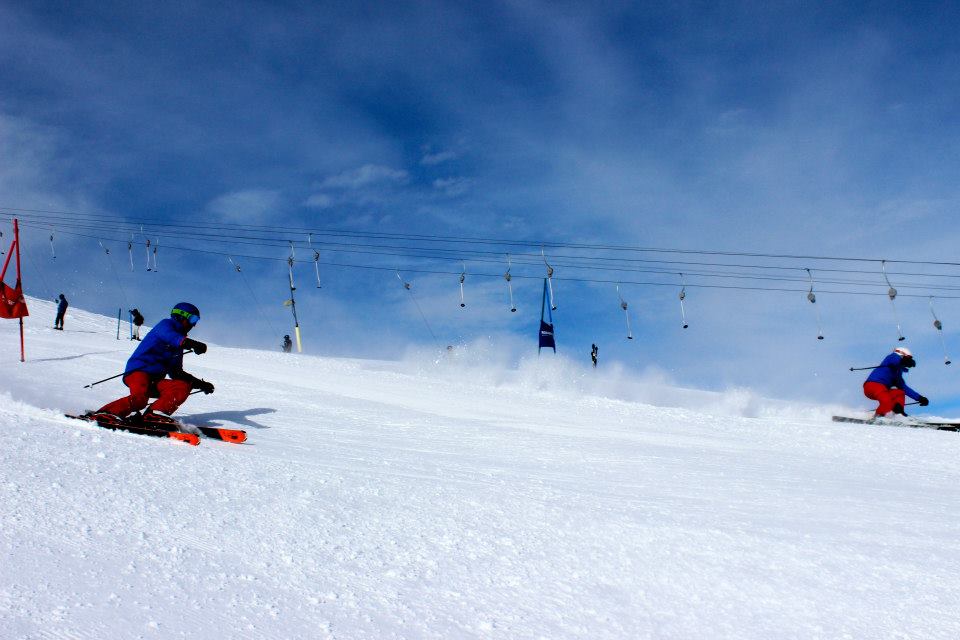 Mentoring and high speed technique lessons have been the general theme for the BASI skiers this week. With many a Basecamp graduate in resort embarking on Level 3 and 4 qualifications, BASS and offer quite a unique mentoring opportunity for the students. Monday, Tuesday and Friday morning were spent with Basecampers from previous years, giving them insight into L3 and L4 progression, plus employment opportunities and general experiences following the course. It’s been one of the heaviest weeks physically, with lessons every afternoon following 4 hours skiing before lunch. However they loved it. The mentors took them on a lot of tricky mogul runs, a few laps of the park, lots of fast carving exercises, and ended the week on a giant slalom race. Ralph Wellock who has only just passed his Level 1 managed to beat his Level 3 mentor Ben in the slalom. Ralph was over the moon, most spectators were shocked…Ben on the other hand skied away in fury and disappointment. A rematch is on the cards. 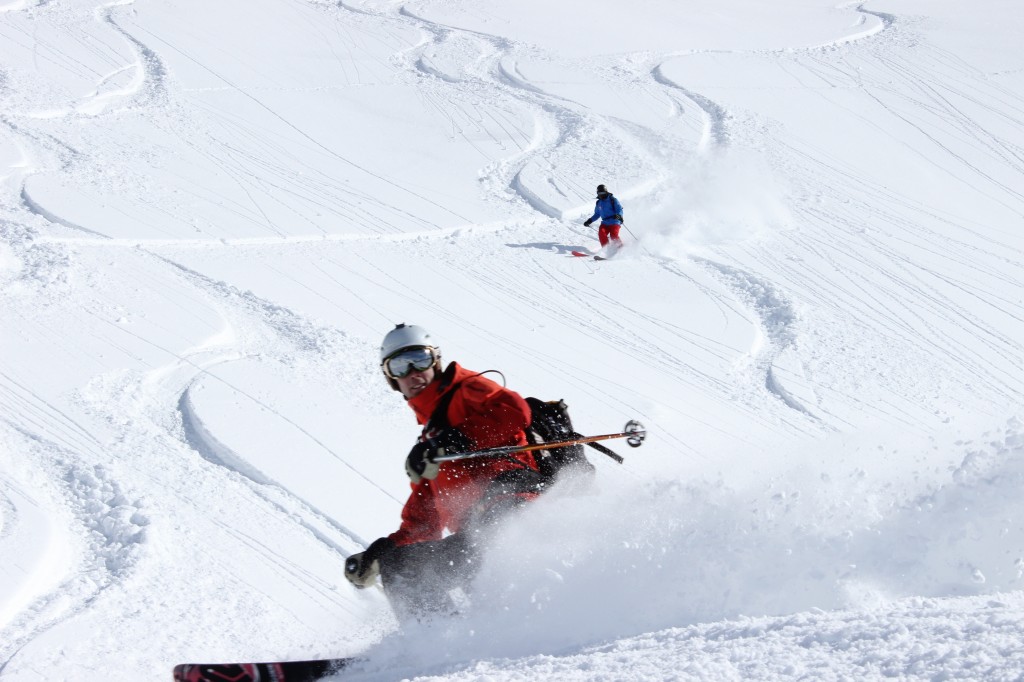 Performance Skiers had a new instructor for this week by the name of Sami. A previous member of the French International Freestyle team, and an avid mogul racer, Sami had many a trick up his sleeve to teach the guys. His skills came at the right time as the start of the week was a bit short on powder, therefore he try to teach the students the art of mogul riding. Like spring loaded soldiers they attacked the mounds one by one, discovering that it was far from easy. Tuesday was spent in the park, working on 180s and 360s, a few grinds were thrown down as well. As if the week couldnt get more fun, Wednesday and Thursday graced us with powder so it was off to the backcountry for some thigh deep fun. The week ended with an introduction to touring, and all the students donned their skins, touring bindings, and avalanche gear and climbed to the heavens to find that fresh line.

We’ve got few keen freestylers in the Snowboard group, all egging each other on to out do the last trick. The friendly brotherhood have such fun on the mountain, its great to go out and shoot some videos and stills with them. With Steph off teaching the busy French half term week, the guys worked with Simon building on the foundation blocks of the previous 4 weeks. Switch carving, bumps, advancements in freestyle and a lot of cheek flapping high speed manoeuvres were tested. The guys really enjoyed it and are looking forward to having one of the best British board trainers and guides in France – Neil McNair joining them next week. 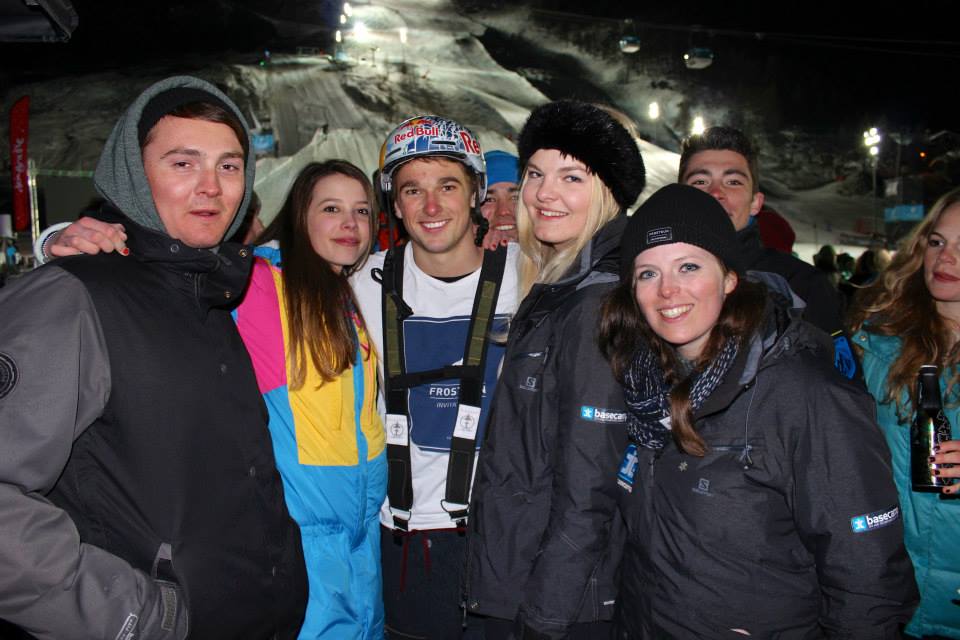 If the riding didn’t make this week epic, then the evenings entertainment on Tuesday until Thursday certainly made up for it. Frost Gun Invitational was in town, sponsored by Red Bull and curated by some of the best skiers and boarders on the planet, this was quite a spectacle. With a monstrous big air kicker, a hip and an array of rails and lips on the street fighter course, many a gnarly trick was thrown down. Basecamp got thoroughly involved in the event through volunteering. We had presence in the bars, stewarding the jumps, on the hot dog stands. A constant flow of vin chaud to warm the soul, alongside many an awe inspiring ‘waw moments’ from the 1000+ crowd, it was great fun.

We’re on to a weekend of romance with Valentines day, there’s rugby, and then we’re on to Week 6 where the BASI guys are focusing on shadowing. This is when they can really see skills in action through helping professional instructors on the mountain. The Performance Course are eager for the weekends 30 cm of snow to arrive. All from Val for now, check out the video below: