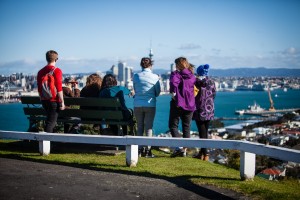 While most of you are sitting on the beach working on suntans and surf skills the Basecamp team has been busy getting ready for the 2015 winter and the kick off of our instructor courses at Mt Ruapehu, New Zealand.

Ruapehu offers a truly unique winter experience to anything else in the world, from Late June to early November you can ride on a snow covered volcano in the middle of New Zealand’s North Island, surrounded by relatively flat terrain. The view from the top gives you an amazing vantage of lush green forests and on a good day you can see the glow from the Pacific Ocean at sunset. In New Zealand its pretty rare to get snow down it town so it makes for some amazing conditions, ride all day up high then come down and spend your evening in the sun in front of a BBQ or squeeze in some time on a bike before the sun sets for the day. 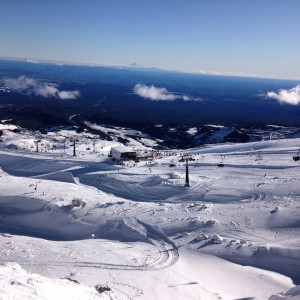 Even though it’s not common to get snow in town in New Zealand mother nature decided to mess with us before the start of the course. The group arrived in Auckland, NZ’s capital on the 9th to find out that our original plan to head to the mountain had change. The entire North Island was experiencing a severe winter storm with freezing cold temperatures and snow down to very low levels. The snow and ice meant that roads were closed all across the country and unfortunately there was no way to get to our home base of Ohakune. There is always a silver lining though and in our case it meant two days to explore the capital of NZ and one of our staff Rhodri was on hand to play tour guide and show the group a good time. Auckland is the largest and most culturally diverse city in the country and we were staying right in the heart of downtown. The days were filled with a boat ride through the Auckland harbor, a trip up the sky tower, the tallest building in the southern hemisphere, a visit to the Auckland Aquarium and few drinks to cap it all off. 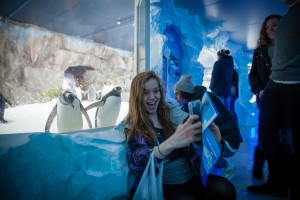 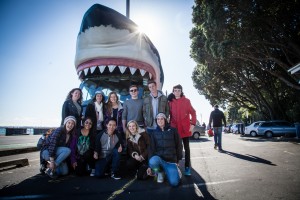 After a two day sight seeing mission in Auckland we were finally on the way to Ohakune. After driving halfway across the island the groups was finally at LKNZ Lodge, our new home for the season. The group was met by our resort manager Andrew and the training staff for the season, Sebastian and Vince on the ski side and Matiu and Sig on snowboard. On arrival we kitted out the group with their custom outerwear from Groovstar, had a few drinks and a tasty meal and it was off to bed in preparation for the first day one snow. 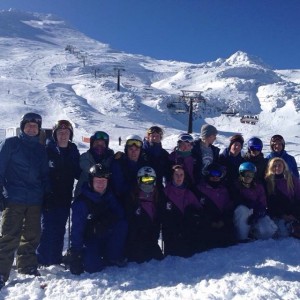 Day on with the trainers was an absolute stunner, blue skies and not a breath of wind. Everyone is starting to settle in nicely to their training groups and had a good day getting to know the mountain, busy first week for sure.

Make sure you check in with us through the next 10 weeks for lots of updates on the 2015 instructor course in beautiful New Zealand.