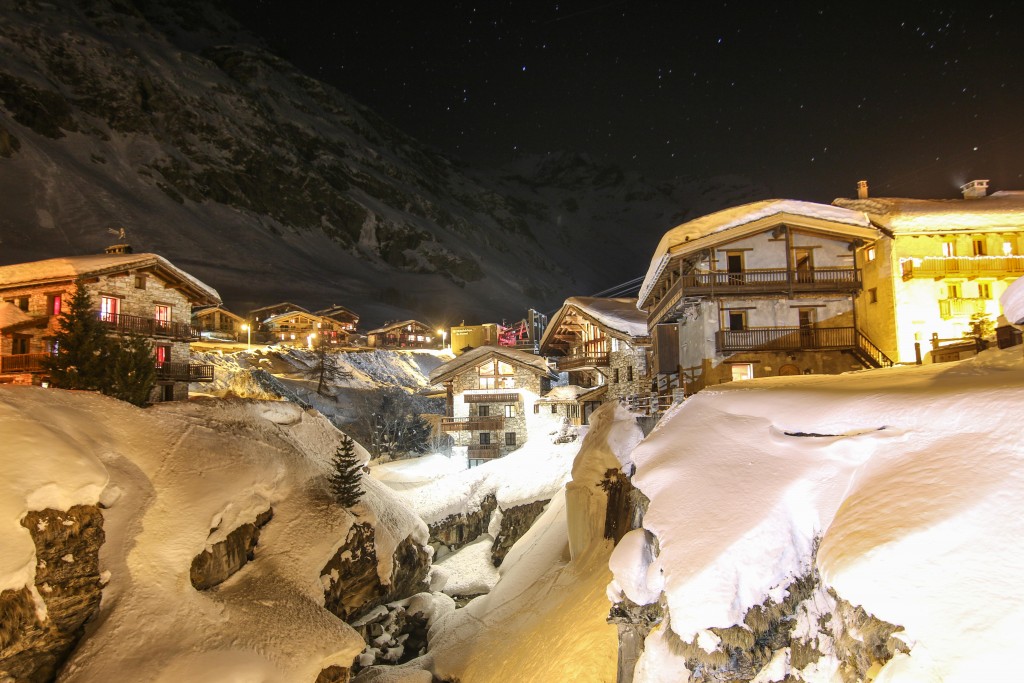 After relentless (but awesome) amounts of snow at the end of February, we were finally waking up to bluebird after bluebird. And although the sun has lead to some horrific goggle tans it has been a must needed boost for morale and combined with the consistent dumping of snow we’ve had made for perfect piste conditions.

As the BASI 2 exams loomed large it was non-stop training and heads down during the final week of training. However, as a final treat and a escape from the BASI criteria, trainer Craig took the skiers on a powder day of epic proportions (above). So the guys put away their thin piste skis and textbooks and opted for fat powder skis and avalanche safety equipment. After taking up lifts to one of the highest points of the Espace Killy area, a short hike took them unto the panoramic peak of Borsat North which is a mecca of unbelievable off piste lines and vast faces. Most of the BASI skiers hadn’t experienced skiing like it before and the majority came back saying that it was the best day skiing they’ve ever had.

On March 7th, the time had finally come for the BASI Level 2 ski exam. It saw the skiers going into their nine to five for the ten-day exam; their intensity was amped up a notch as the process can be long and grueling, as well as inspirational and fun. The exam consists of several different strands that are assessed. The technical side, which includes, short turns, long turns and central theme. As well as, bumps, steeps and variables that aren’t included in the level 1 criteria. The other main assessment area for level 2 is the teaching aspect, and most candidates have to deliver at least 4 teaching sessions to their peers over the 10 days.

The duration of the course was spent with heavy days skiing, team dinners while planning teaching sessions for the following day. With such heavy days on the mountain, it resulted in mainly early nights. Tensions were high as the end of the 10-day exam quickly came looming, it’s a difficult time where some are confident they’re at the level, and others are nervous as the testing time reaches an end.

Amidst the exam madness, the Performance Skiers were having a whale of a time under the guidance of the experienced French mountaineers. Following the first week of March, there hasn’t been an abundance of snow, yet the skill of these mountaineers meant they’ve been consistently able to find fantastic powder skiing. Their knowledge of the resort and the environmental factors on snow definitely keep them in fresh powder and even serious off piste skiers ensuring that the guys are still skiing some incredible conditions and places despite the lack of snow.

Regardless of success or failure in the exams or how many feet of untouched powder had been discovered in recent weeks, everyone was eager for a big party on Friday the 18th. Overall the results were very high with 7 out of 9 skiers passing. Congratulations to everyone involved.

And that brings us to the end of our 10-week courses here in Val d’Isere. Having worked in the Alps for the last 5 seasons, the conditions this year have been unbelievable with more powder days than I can count. The fun and games aren’t quite over yet for Dave and I here in Val though as we head into a week of Freestyle Coaching. The conditions are looking like pure bluebirds, so bring on the jibbing and pushing rotations. Tune in soon to hear how it went.