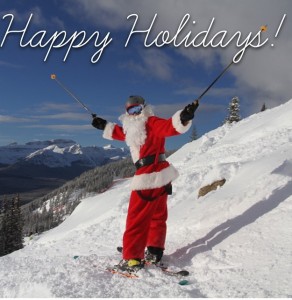 Despite living here for almost a decade I never get tired of spending Christmas in the mountains. When you thing of that picturesque white Christmas scene, snow in the trees, lights everywhere, drinks by the fire after a day of frolicking in the snow, your pretty much describing the holidays in Banff.

Santa has always hooked up Lake Louise with fluffy white gold around the holidays and this year was no different. Right on schedule we received 22 cm’s on Christmas Eve when there was almost no one around so it meant that Christmas day conditions were on form. We were on hand to squeeze in a few Christmas morning laps before it was time to put ourselves into a very serious food coma, its taken two days to recover from all that turkey. 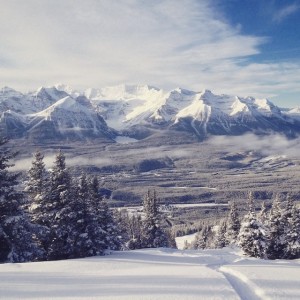 No time to rest for the wicked though as NYE is quickly approaching and that is a massive celebration in Banff. On any given night Banff is an epicenter of good times but new years is next level. With partygoers from all over the world descending on town every club, pub and restaurant is jam packed with people celebrating the year that was. Luckily there is overflow room as Banff puts on the best street party, closing down the main block of Banff avenue for the thousands of tourists and seasonaires that are getting into all kinds of shenanigans, which last year even included a whole crew of naked partygoers in -20 weather. 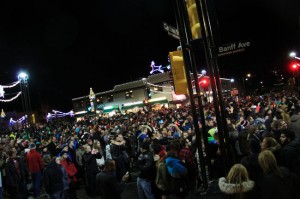 If your looking for an unforgettable night you should check out the torchlight dinner at Lake Louise. You head up the gondola at last lift to Whitehorn lodge where you have a few beverages as the sun sets while listening to the world famous( or just famous in Lake Louise) band Suds. Once its dark you head down the frontside of the ski resort which has been lit up with torches to a killer dinner and party in the main lodge.

Wherever you are for the holidays we hope you having an awesome time, see you on snow in 2015!