After an eventful week six, everything has been a little calmer in #BCBanff…but that doesn’t mean the action stopped one bit! Training intensity has stepped up a little further & the shock that only eight lessons over two weeks remain, until the start of the Level Two exam, is slowly sinking in. Rather than plans to hit fresh powder, build kickers or head on a night out to Sasquatch, the Basecampers are organising extra training and studying hard in preparation. It’s not all work work work however. One evening last week, several Basecampers took to the ice and gave curling a try. After an introduction to the sport and several demonstrations, the Basecamp team took on another group of curling rookies. Some beautiful shots and world class sweeping from Brad Morris and John Whitlow secured what would be an insurmountable three point first end, and eventual win. As the event came to an end, everyone was in high spirits. They’d all agreed the sport was “like bowling”, but much harder since “you need to stop the ball on the pins…but the alley is also ice”. Watch out Team GB! 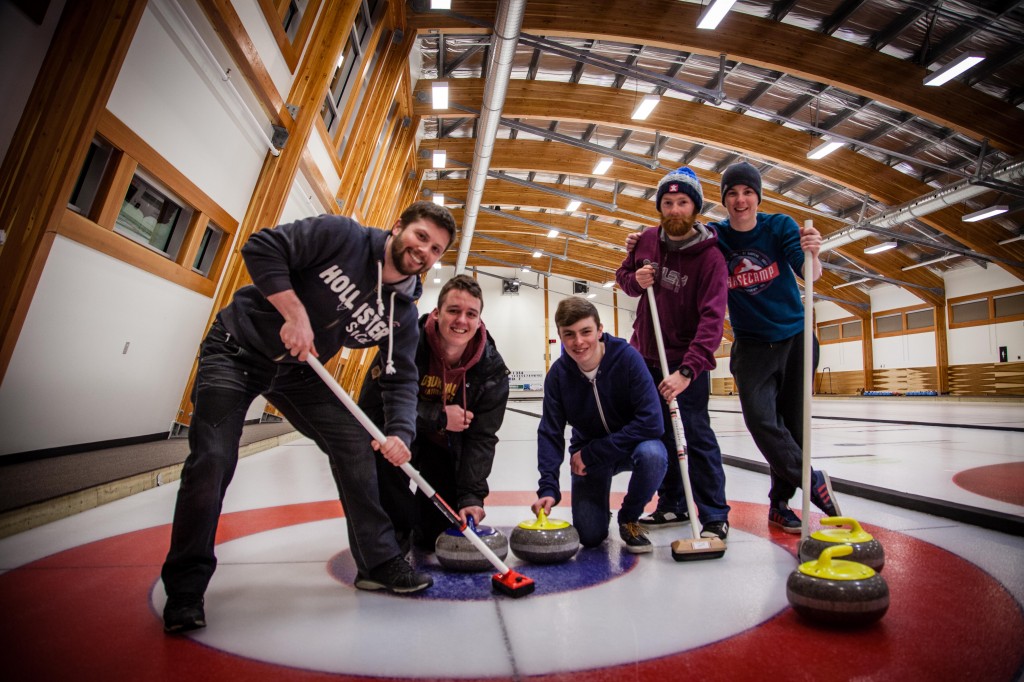 On the weekend a group of Basecampers headed up to Kicking Horse Mountain Resort. Crossing the provincial line out of Alberta, they got to experience skiing in British Columbia. A little icy, several people were worried Kicking Horse might not be able to hit the high expectations sets a “perfect powder resort”…but all fears of that were quashed on the gondola ride up. Notoriously challenging, Kicking Horse did not disappoint. From four foot high moguls to steep bowls, the Basecampers had one of their best days riding in the past few weeks, exploring a totally new area. Challenged and tested, they ripped through Kicking Horse exploring high low, near and far. The snow was a little different, and the snowboarders relished the opportunity to test out their adaptive prowess and were bouncing from mogul to mogul in minutes. As the day wore on, and with no park in Kicking Horse, several jumps were spotted from one of the peak chairlifts, and for the remainder of the day the skiers and boarders flew through the sky. They did leave enough time for some pulled pork poutine and a jug or two of beer however before the bus back! 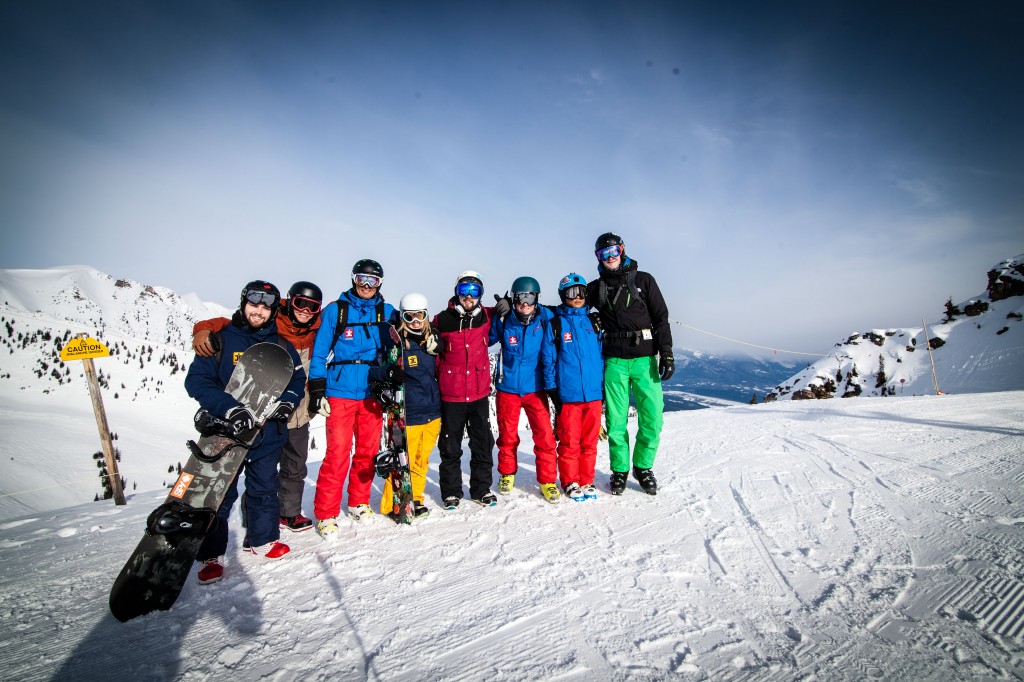 This next week brings with it more training as it gets even more serious. The instructors will be working on every little element of the Basecampers teaching and technique to get it perfected for the upcoming exam. On Thursday night Ski Louise Snowboard Instructors and Basecamp alumni Tessa and Niamh have organised a pub crawl to allow the Basecampers to kick back and relax leading into the final free weekend before the level two! Don’t forget you can keep up with all the action in Lake Louise with the hashtag #BCBanff, and keep tuned into the Basecamp Facebook page and follow along with the action on Twitter and Instagram! Check out the video below for a visual recap of week six in #BCBanff! #WeLoveWinter #WHAMMY