Wow, we can’t believe it’s over! It seems like just last week the Basecampers were meeting in the lobby of the Ptarmigan hotel for the first time and taking photos at the Top Of The World in Lake Louise. Now it’s tearful good-byes and promises to meet in the future as, in batches, the bus to Calgary takes people away and others move on to other accommodation in the area. People who didn’t know each other three months ago embraced after living in the same room in a different country. It’s been an experience and one no one is going to forget. The end of season dinner was a fun affair. The Ptarmigan Hotel put on a pizza party with a few pitchers of free beer. The end of course video was watched as each Basecamper recounted their favorite moments (to much mirth), and awards were given out to the cutest couple, tour stud, most improved skier, boarder and a winner was selected for the much coveted “Medlocked” Award. A few of the instructors showed up to share a last laugh with the Basecampers and then the party moved into Banff and to local favorite The Devils Gap. It’s been an awesome eleven weeks, and we’re sad to see everyone go! The Lake Louise instructors and we agree this is one of the best groups to pass through Banff and we wish them all the luck in the future! 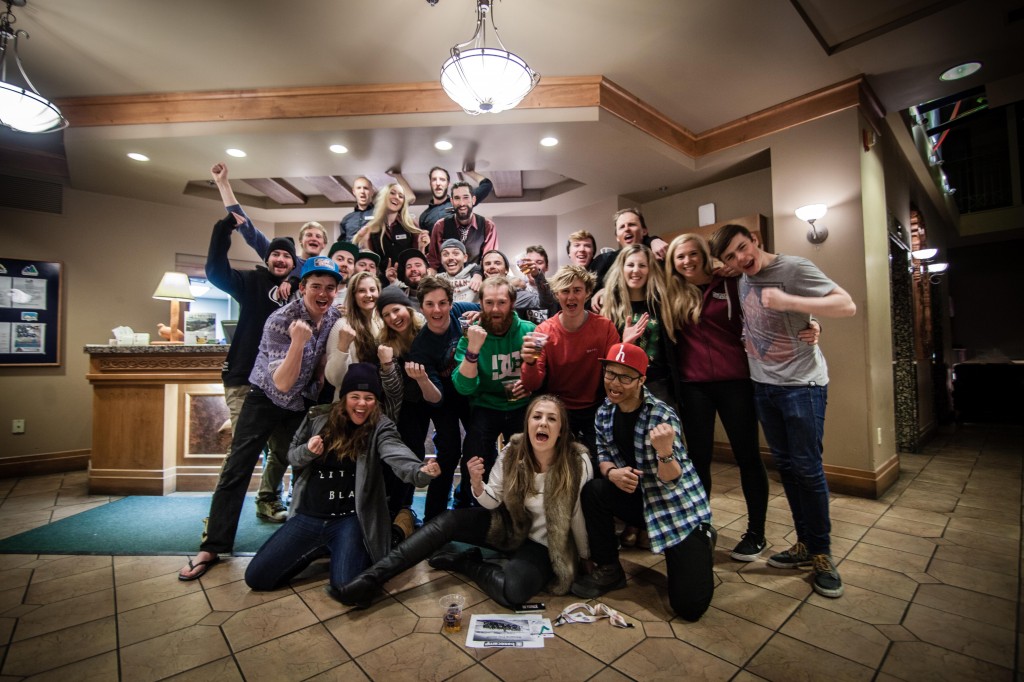 As well as the good-byes, the Basecampers spent this week in the park training and taking their level one CASI and CSIA park instructor qualifications. Several of the guys had never touched a box, a few had only done the odd jump and some never left the snow on skis…but by the end everyone was sliding boxes sideways, jumping 180’s and switch skiing down the runs. Boarders and skiers who never thought they’d land a trick, 50-50 a box or hit one of the parks large jumps beamed ear to ear as they progressed slowly through each level of training. Everyone excelled past expectations, and most people gained a peachy battle bruise to show off! 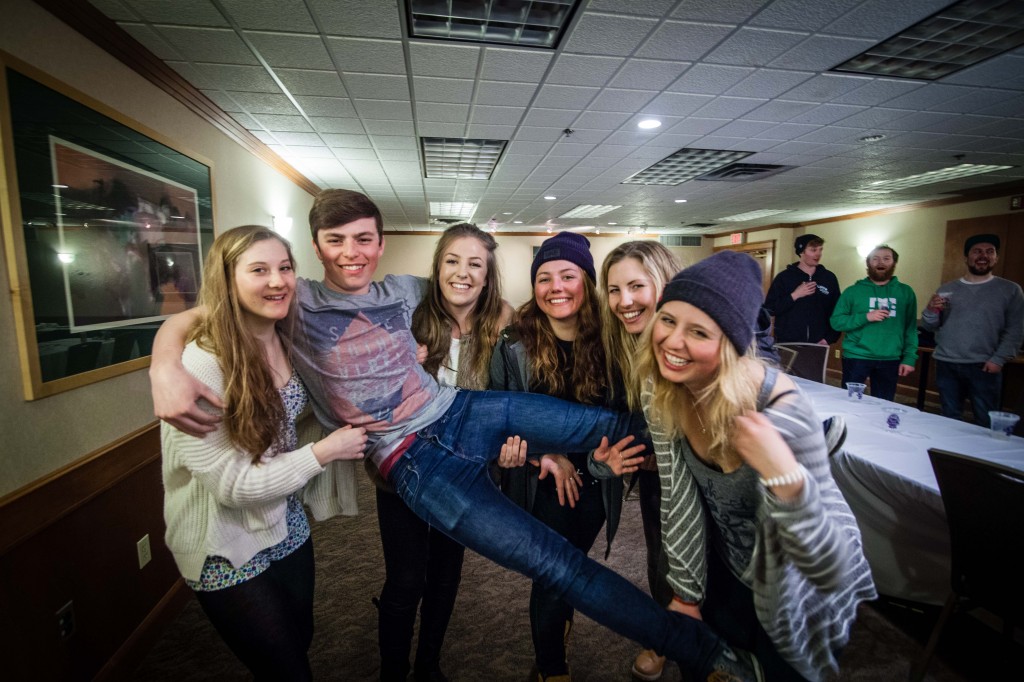 All that’s left now is the final good-byes! It’s been a fantastic season, we’re overjoyed so many people enjoyed their time in Canada and over the moon that 100% of the people are going home as a qualified ski or snowboard instructor! Thanks for reading the blog, watching the videos and enjoying the photos we’ve been putting out this season. One of these courses truly is a life changing experience. No one is going home having not formed a great set of friendships and with even more memories. It’s not often you can pause your life and ski or board every single day for three months. Thanks for keeping tuned to #BCBanff and keep an eye on the tag for more video drops. Find out more about the skiing courses by visiting BaseCampGroup.com and more about the snowboarding courses over at TicketToRideGroup.com. We also run surfing camps and courses all over the world, so be sure to check that out! Keep dialed into our Facebook page, checking out the images on our Instagram and dropping in on the snapshots of Basecamp life with our Twitter feed. I cannot imagine a better way to have spent three months, and I’m sure the guys and girls agree.