Banff has a number of great ski and snowboard shops to choose from. Getting the right gear is going to ensure you have the best time on snow and the best possible course. Having the right boots, on both skis and a board can totally transform the way you ski and ride. When choosing a shop the main thing to look for is that they have the gear you need and that they have a good boot fitter. 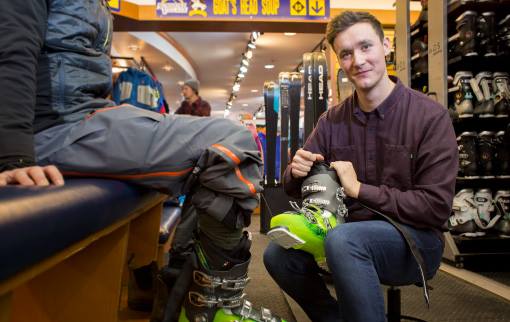 Ultimate is our go-to here in Banff for all things ski! Located right on Banff Ave they tick all the boxes. Plenty of skis to choose from, a great boot fitter and of course a Basecamp exclusive deal. The shop carries a wide range of skis from Salomon, Head, Fischer, Rossignol, Volkl and Faction. One thing we really love is the demo program, you can take the skis out for a spin and ski them all day to make sure they are exactly what you want before committing to the purchase. Ultimate also have all the extras you need, helmet, goggles, outerwear, base layers and everything in between. Ultimate offer all the things you need to keep the gear in top shape too. This means keeping your gear waxed and sharp and not only do they stock the tools but they put on a tuning clinic for us to show how it’s done. 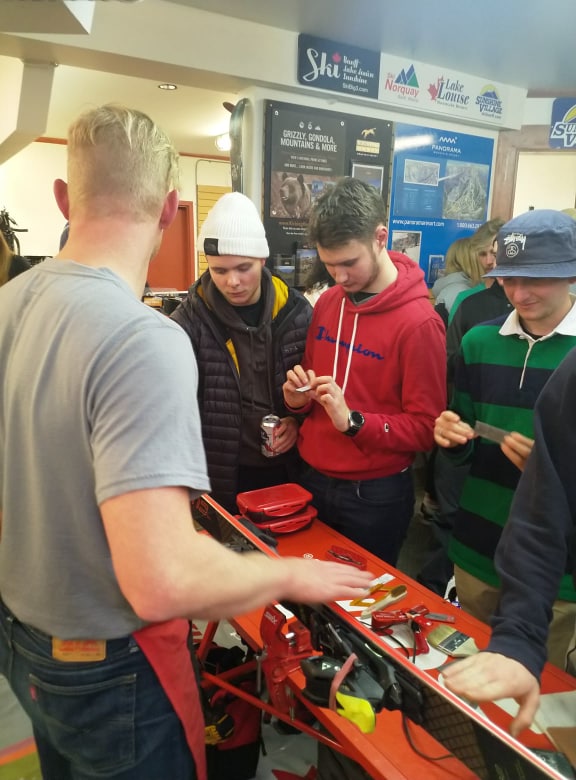 Is there anything more fun to shop for than snowboard gear? There are two picks for the top snowboard shop here in Banff. Rude Boys, situated in the center of town has a lot to offer. The small local shop was started and is still owned by two born and raised locals. They have a team of riders who they support and the Rude Girls team run all female snowboard workshops for local riders. Check out this Snowboarder article on the Rude Girls crew and how they’ve shaped the female snowboard scene in the area www.snowboarder.com/featured/rise-rude-girls-womens-snowboard-shop-scene-alberta/.  These guys can get you set up in the right boots on a rad board. They also sell some great soft goods and have their own range of Rude Boys branded gear. Don’t forget that Basecamp discount! 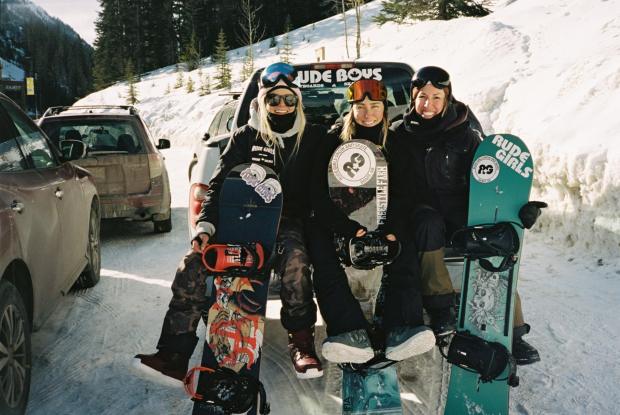 Unlimited, a family owned and operated snowboard shop on Banff Ave is our second pick for sideways sliders. This shop has a huge team of riders who they support including a young grom squad. These guys stock carefully selected goods, from top brands, for those who just want to look great. It’s a lifestyle store that supports a mountain culture focused on the outdoors and healthy living. Their moto is, “We’re selling fun”. 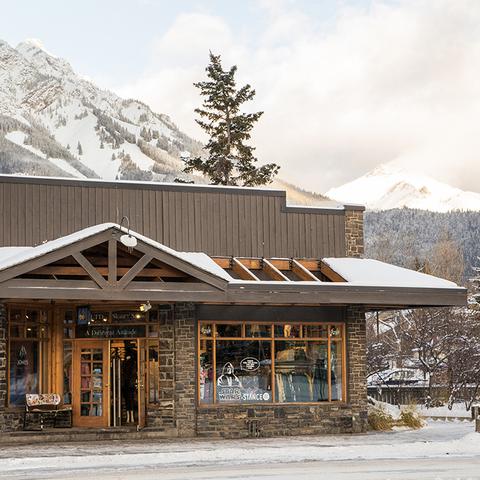