Big horn sheep are a common sighting in the area. As the name suggest these guys have some serious horns, rams sport massive spiraling horns while the ewes are short and spiky. 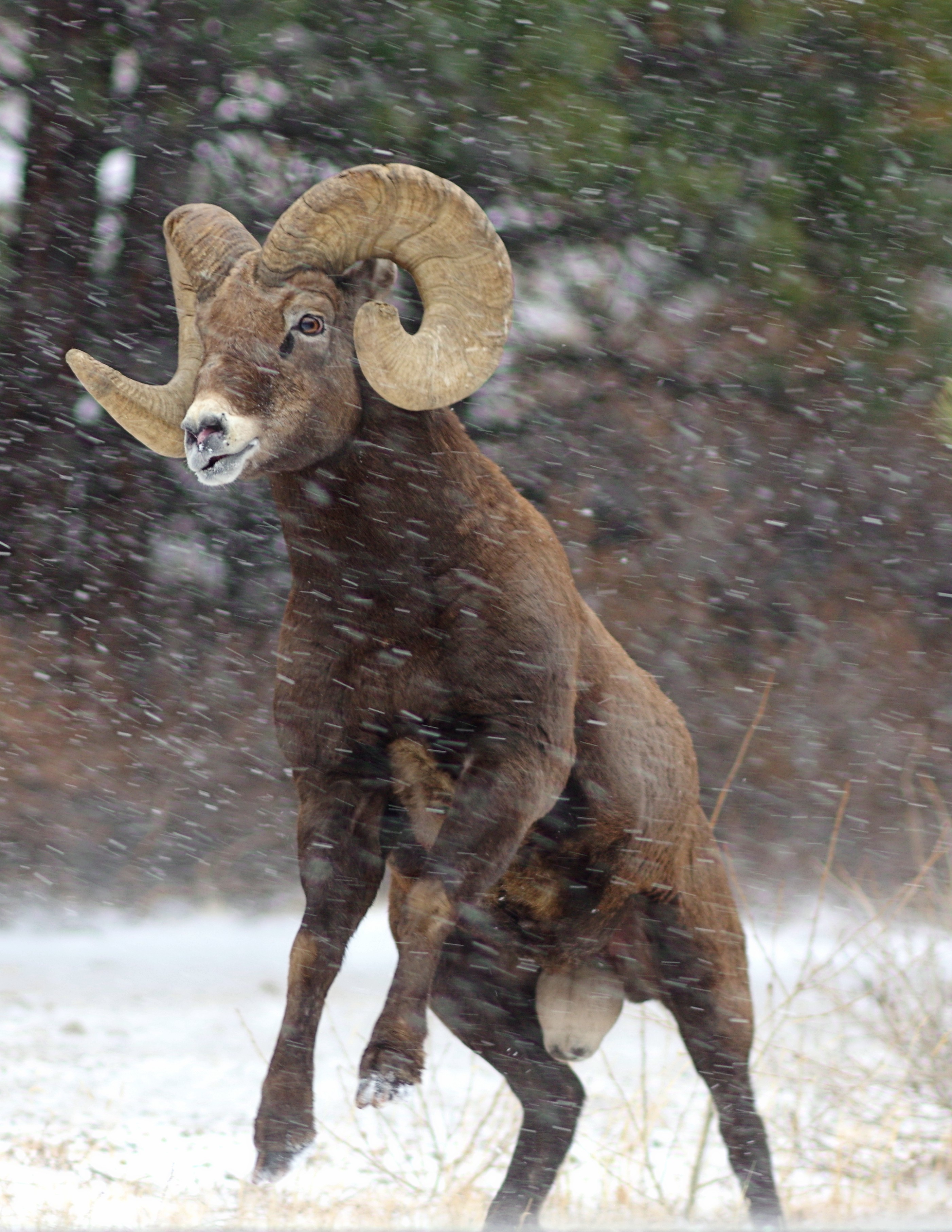 Mountain goats are quite numerous in the park but are rarely spotted because of their preference for a secluded rugged habitat. They have an all white coat with black, dagger like horns carried by both sexes. 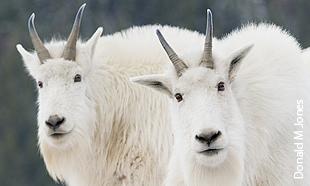 Mountain Goats in near by Jasper. Photo from Donald M Jones

Wolves are an incredible animal and I’m sad to say the Banff wolf pack has had a tough couple of years. In 2019 several wolves from a Banff pack were put down by federal officials after becoming aggressive with campers. Despite the Trans Canada Highway through Banff National Park having fencing to prevent most wildlife from getting onto the highway and crossing structures to maintain wildlife movements, we lost two wolves to traffic accidents and another wolf had to be put down following aggressive actions towards humans in 2019.

There are 29 species that fall into the category of small mammal in Banff National Park. ‘Small is a relative term, the smallest, a pygmy shrew weighs just 2-4 grams and has heart rate of 800 bpm. In order to support this high respiratory rate they must eat at least every 15 to 30 minutes to avoid starvation.  The beaver can weigh up to 35kg and can often be spotted swimming in the Bow river just of the Banff Canoe docks. 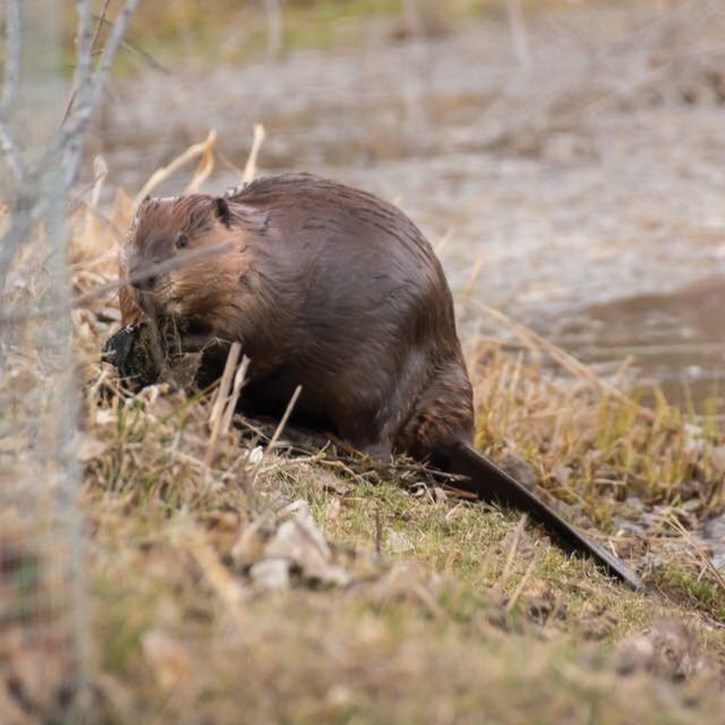 Pine martens are one of the animals we get to see fairly often, usually getting into mischief, I once had to chase one out of my office! These little guys are very cute but also aggressive hunters taking down larger animals such as hares. 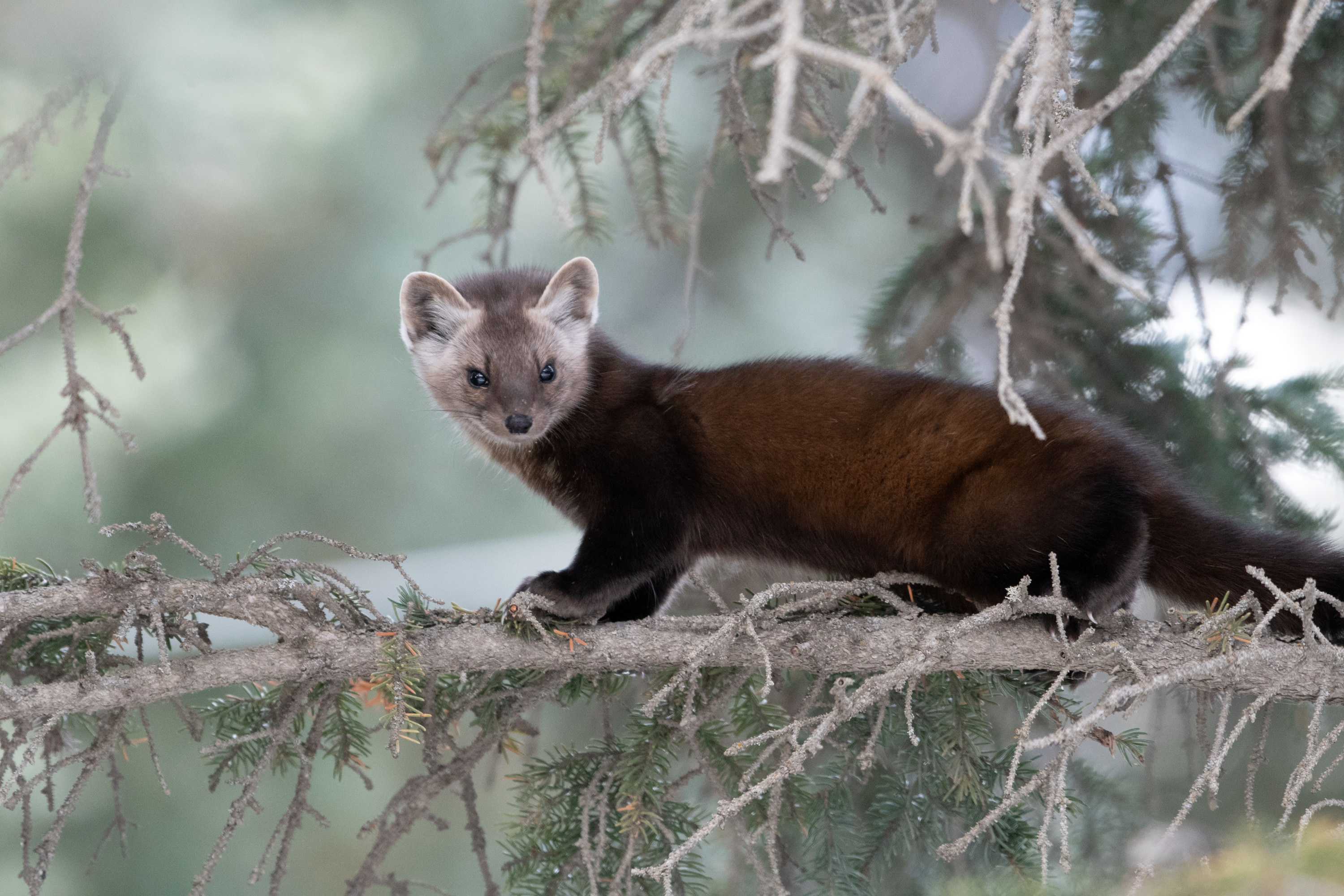 Hoary Marmots are on the larger side of this category, weighing up to 14kg. The live in the alpine zone perched on rocky mountain slopes or enjoying alpine meadows. They are very vocal and have a system of alarm calls, whistles, and trills to warn off predators like coyotes, eagles, and foxes. 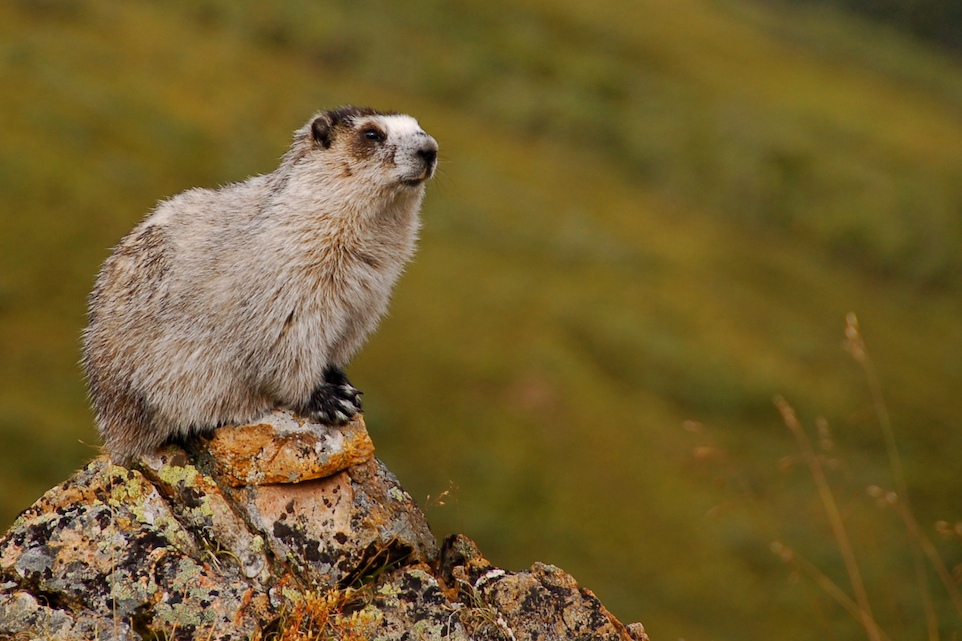 These prickly guys can often be spotted hiding out behind Temple Lodge at Lake Louise Ski area. The strict vegetarians enjoy a diet of bark, berries, leaves and plants. They are tree-climbing experts and when they do get up a tree, they sometimes stay up there for days. A porcupine will usually live for 5 – 6 years and the babies are called Porcupettes. 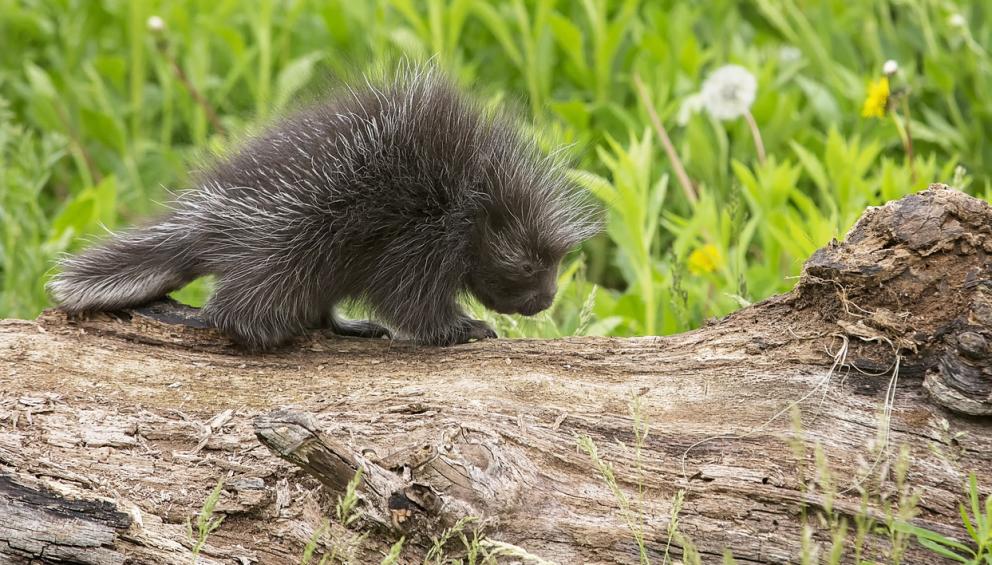