Its a Monday. Its 8am. Your alarm is going off.
Your mind feels fuzzy, a buzzing reminder of a Sunday night well spent. Standing up you’re a tad unsteady but your body feels strong. That’s when it hits you. There’s no mundane 9-5 for you today. Your in Banff. Your body is strong because you spend everyday riding hard. Seeking out pow, carving down world cup runs and sliding rails. 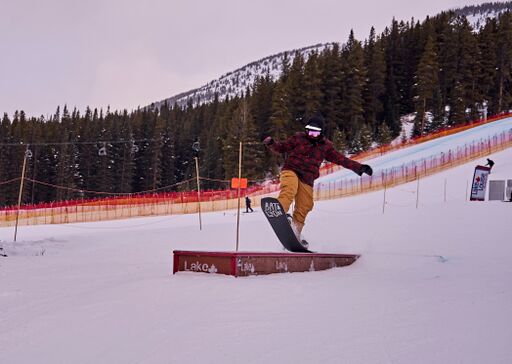 Two strides take you to the window and you throw back the curtains. Breathtaking mountains are silhouetted against a crisp blue sky. Looking down you notice a thick white blanket of snow covers the ground and you know its going to be a great day. 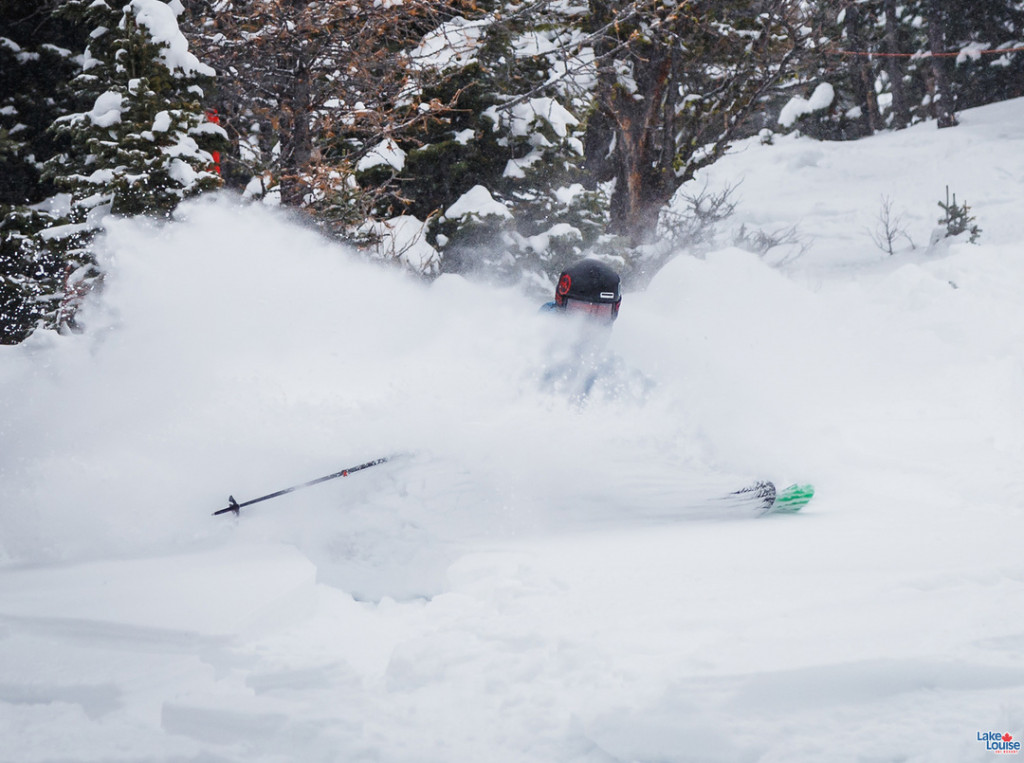 Your stomach reminds you its time for breakfast and you throw on your ski gear and head downstairs. The smell of fresh bacon assaults your senses as you make your way to the dining room. A full buffet breakfast is laid out with plenty of options. Usually you’d grab an omelet and some fruit but today calls for a full English, heck, throw on some pancakes too, there’s a big day ahead. 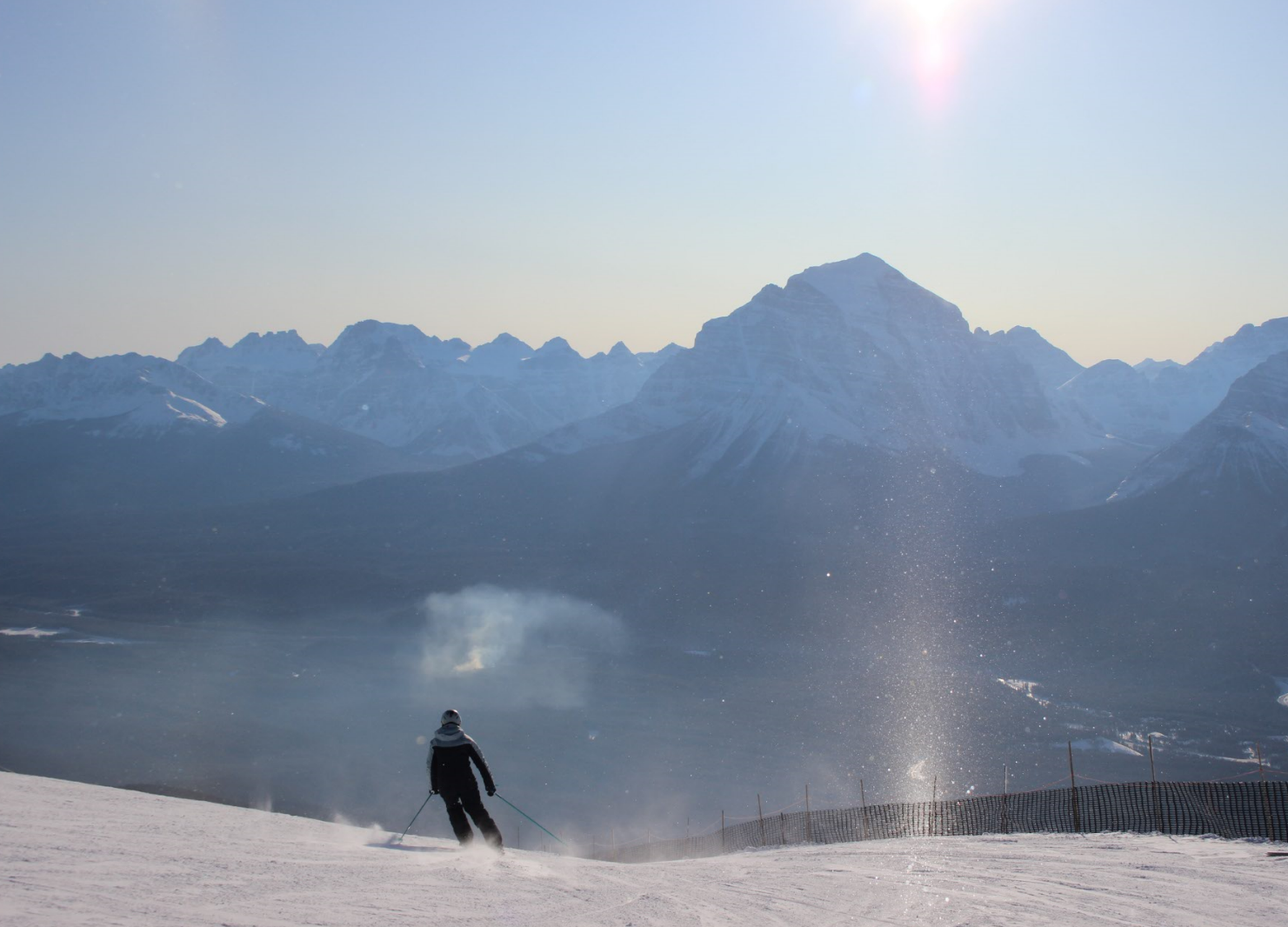 The excitement is palpable as you step off the bus at the Lake Louise Ski Resort. The whole crew is buzzing to get their gear on and up the lifts.  You meet your trainer and jump on the gondola. Standing 2637 meters above sea level you look out on Banff National Park in all its glory. There’s a reason Lake Louise has been voted Canada’s best ski resort year after year and today, on a snowy Monday morning, it feels like you have it all to yourself. 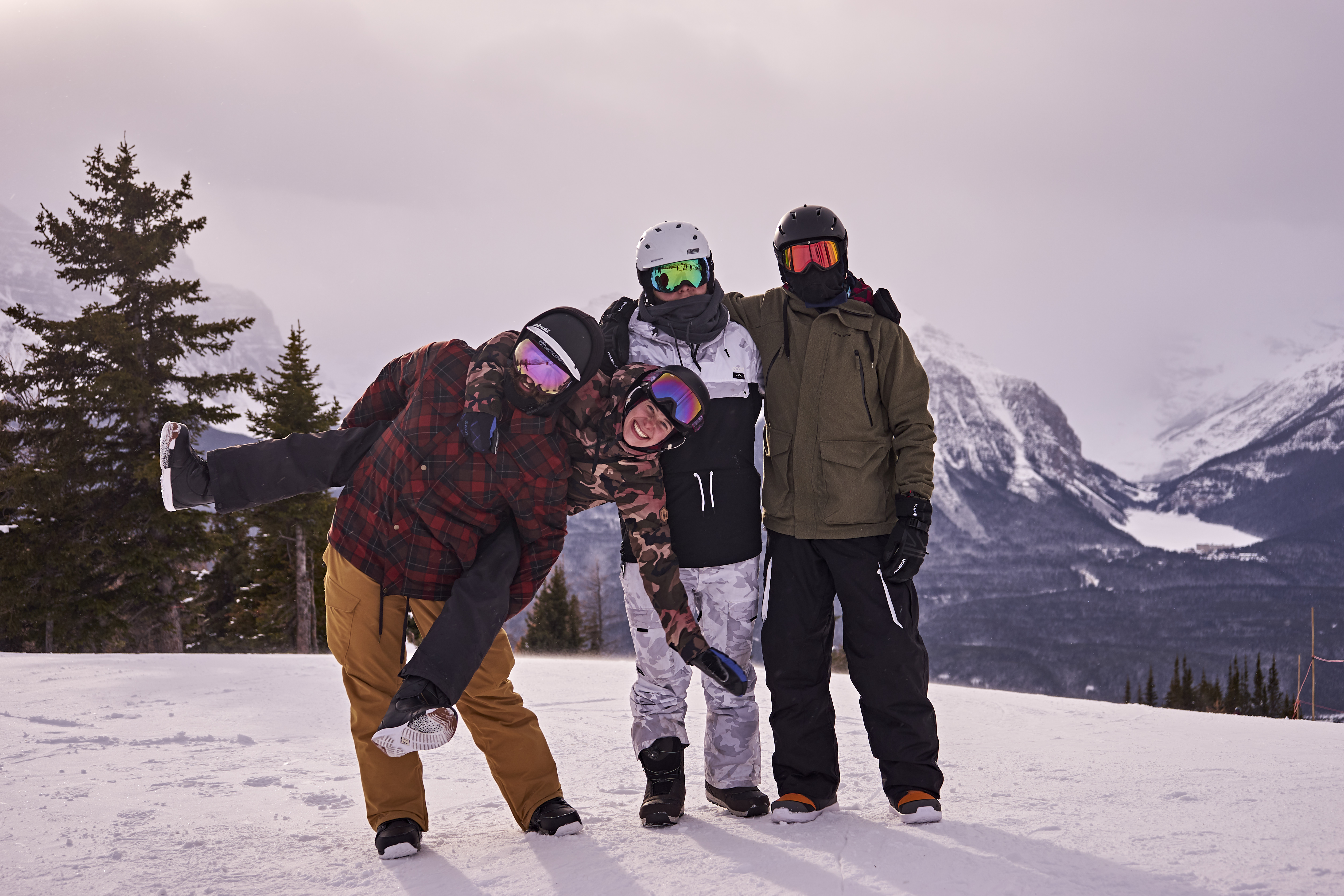 At 4pm you collapse into a chair by the fire, its been an epic day. You look around at the people who you get to share this adventure with and smile. Once the course is over you’ll have made so many lifelong friends from all over the globe. 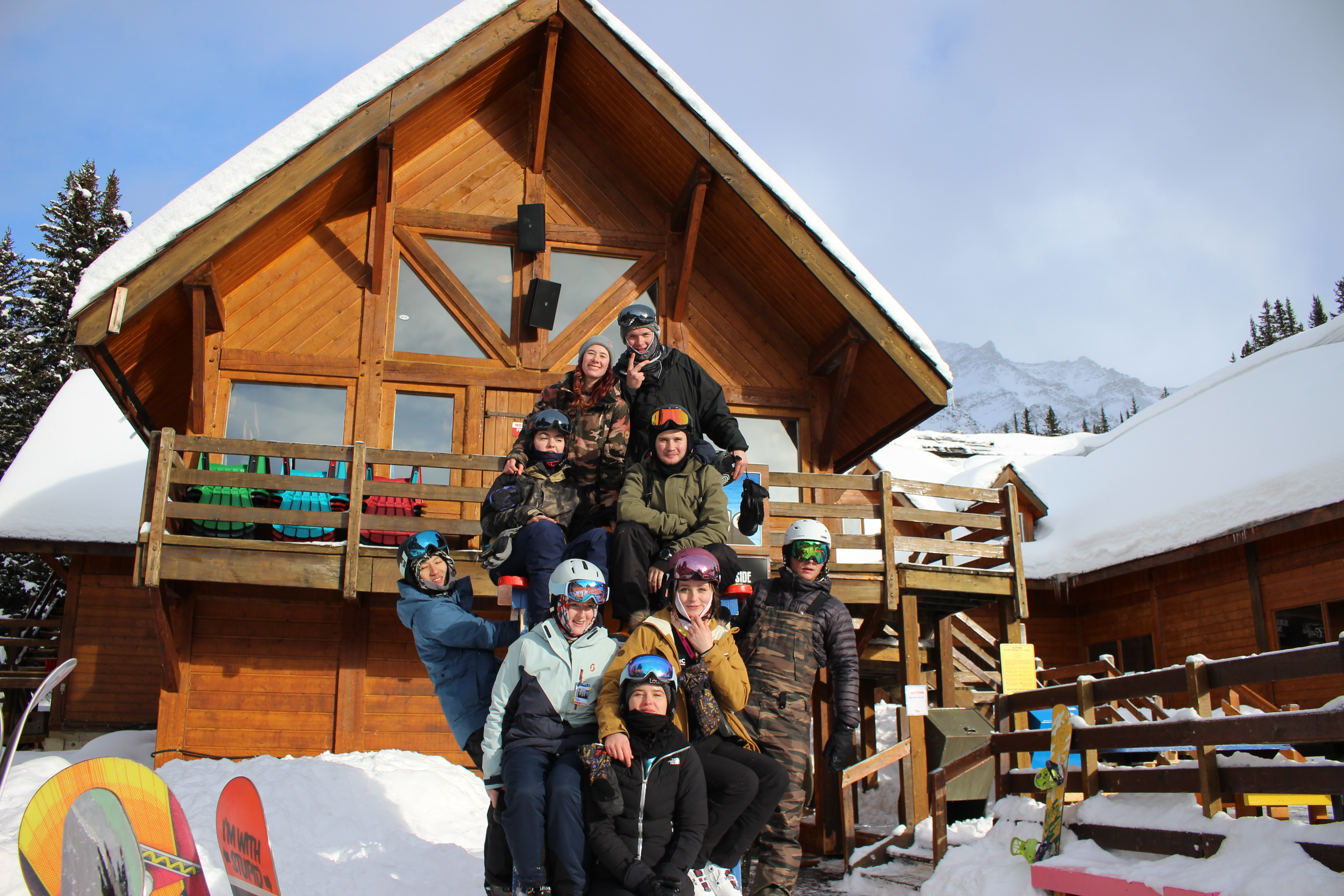 The views from the shuttle back to Banff are truly stunning. Back to the hotel for a quick shower before dinner and then you’ve got big plans for the evening. First, pizza! Second comes a nice soak in the hot tub then a quick nap before a midnight alarm.
I know, we’re crazy, but I cant think of a better reason to be up in the middle of the night than to watch the Aurora Borealis! A powerful glow of green light that dances across the sky, bursts of purples and pinks shine above, creating a force so powerful it leaves a lasting impression on all who gaze. 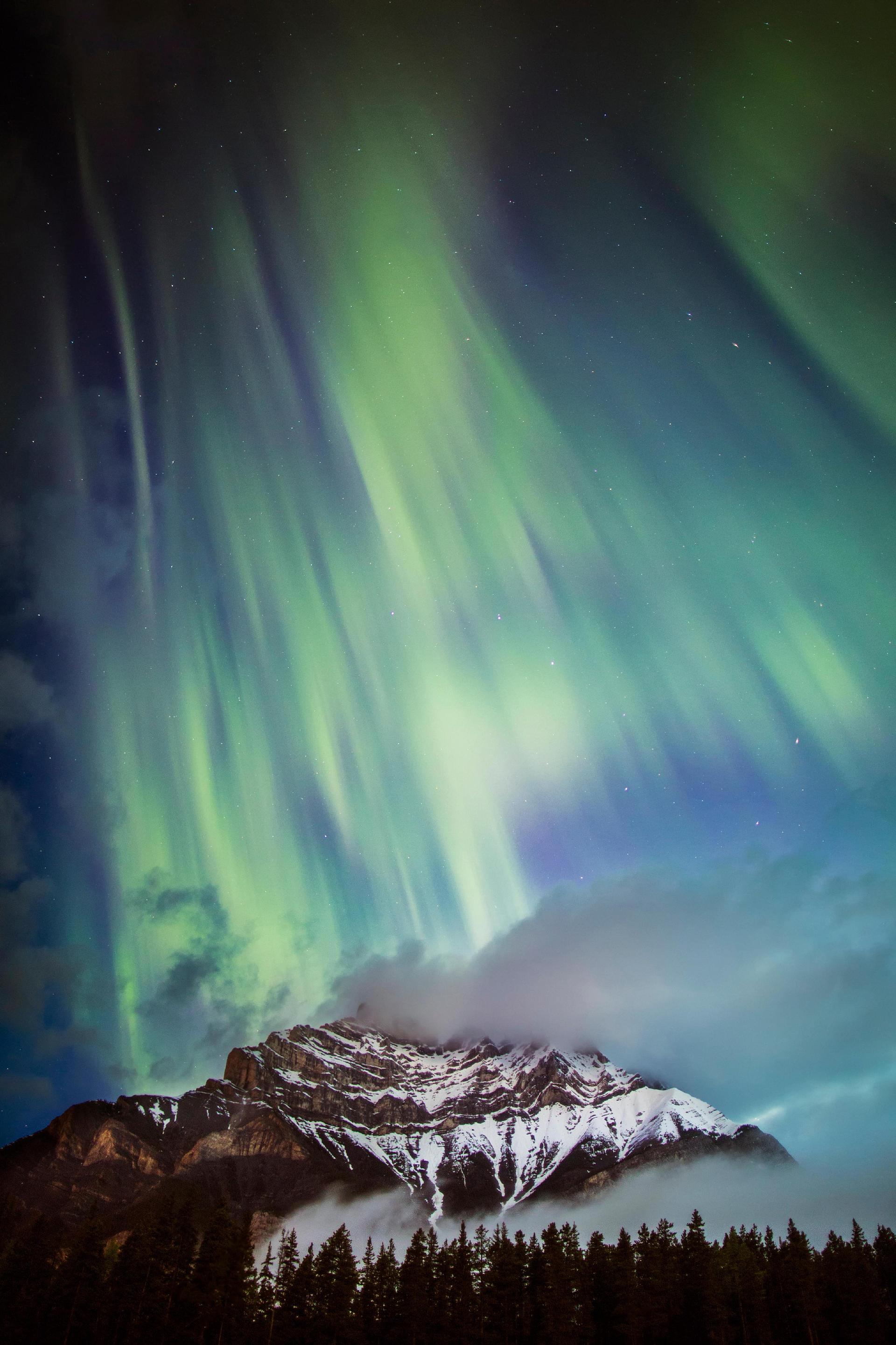 The aurora shot by Paul Zizka